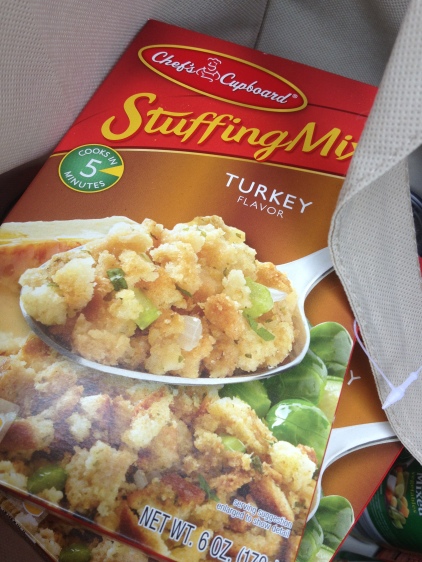 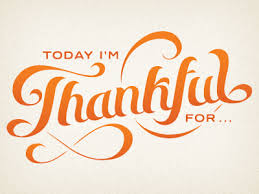 So much to catch you up on! I’m working on some blog posts about my trip to New York :) I did so much and learned so much it’s taking longer than expected.

But this month I decided to challenge myself. Thirty Days of Thankful! Often I’m so busy that I forget to be thankful for the little things in life. Today as I was hurriedly eating my sandwich on the way to the bank on my lunch break…a memory from my childhood surfaced. It’s one I don’t like to think about, but had a huge impact on me.

When I was about 6 years old, we came to visit my grandparents for two weeks. We lived in Oregon at the time so spending time with them was rare as they lived all the way across the USA in South Carolina. While we were there, my dad’s niece invited me to come spend the night with her daughters. We were born three days apart and we trouble with a capital T whenever we were together. I had never been allowed to go to their house before. We had always spent the night at their grandma’s house as their mom was usually working. So to spend the night at their house was a treat!

I’ll never forget that night though. When we pulled into their yard I remember thinking where is the swing set? Why aren’t there any toys? I had brought my teddy bear (I seldom left home without him, he even has his own Delta wings!) and I couldn’t help but hug him tighter. Their house was nothing like mine. No tv, hardly any toys and it was dirty. We played outside for a few hours and then she tucked us into bed.

We woke up the next morning long before their mom. I was hungry..I’m like a starving baby bear at breakfast (still am!). We traipsed into the kitchen and my heart plummeted. They offered me the last of their orange juice which along with a spoiled gallon of milk was the ONLY thing in their fridge. Quite a shock for a kid whose fridge was never empty… I asked for some water and when they opened to cabinets to find some thing to eat..there wasn’t anything. I played it off and said I wasn’t really hungry. I remember praying that my dad would come soon. Thankfully, my dad showed up about thirty minutes later. What did he do? Loaded all of us up in the car, took us down the road and fed us breakfast. After breakfast, we spent the day fishing before taking them to their grandma’s house. I didn’t say much all day or anything on the ride home. I remember getting back to my grandma’s house, climbing onto my mom’s lap and bursting into tears. It hurt my heart to know I had so much and others had so little.

As I ate my sandwich today, I thought long and hard about that memory. How many kids will go hungry this holiday season? How many kids go hungry in my community every year? How many lunches do I eat out paying more than anyone should for a chicken sandwich? My appetite lost, I placed my remaining half of a turkey sandwich in my lunchbox and pulled into the grocery store parking lot. I grabbed two canvas bags out of my truck and headed into the store. I loaded them up with all kinds of canned goodies. Yams, soups, peas, corn, green beans, stuffing, cranberry sauce..anything I could think of that a family might need for a Thanksgiving meal.

On day 6, I’m thankful for parents who did without so that we wouldn’t go hungry. For food on the table (yes, even those nasty brussel sprouts), and the opportunity to feed some kids in my community. Tonight, I’ll drop the food off on my way home and know that somewhere..someone will be able to eat :)

64% of the kids in the 20 counties that surround me will go hungry this week.

So I ask this of you! Next week, instead of eating out one day, donate that $6-$10 to a local soup kitchen or take those canned goods you really aren’t going to eat to a donation drop off.

If a brother or sister is poorly clothed and lacking in daily food, and one of you says to them, “Go in peace, be warmed and filled,” without giving them the things needed for the body, what good is that?

Welcome to my blog! The place where my brain settles into it's comfy couch to unload some of it's creativity :) View more posts