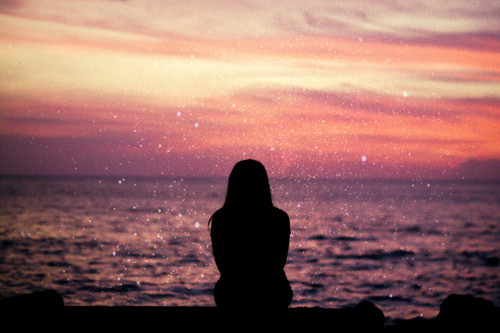 It’s Friday..whew..I made it. This week has been a struggle my lovelies. I’ve had to apologize to multiple people for my attitude and rudeness. I’m tired, I’m stressed out, I’m broken..yep broken. I feel like I fell off of a cliff and smashed into the water.

These past six weeks of talking with James have been amazing..I was finally beginning to think that maybe..just maybe..I had finally stumbled upon a man who knew how to treat a lady. We’ve been on several dates now..Last weekend we went to dinner and I have never had more fun or been treated as nicely as I was that night. All week he had been excitedly talking to me and counting down the days until he got to see me. FYI: we live 2.5 hours apart. He picked me up, he opened the car door, he opened the restaurant door, he guided me with a hand on my lower back..all the little things that make my heart skip beats. I wore my favorite dress, I had on wedges (which he loved) and  he made me feel like I was the only girl in the room. He looked so dashing in his button down shirt and dark jeans.

Dinner was wonderful :) He took me to a quaint restaurant off the beaten path that only locals go to. It was once an old post office and is now a refurbished post office turned restaurant. He had made a reservation, we had a wonderful table..it was the stuff a girl dreams about. We ate dinner by candle light..and I must say it was probably the most romantic dinner date I’ve ever gone on in my life. We ordered our dinner and chatted the night away. After dinner, he said he wasn’t ready for the night to end so we simply drove around Charleston looking at the lights and talking. He dropped me off with a goodnight beautiful and a kiss.

Sunday morning I woke up to a text message from James asking me if I was awake..at 5am. I replied back that I was and he said good, throw your hair up in that messy thing you do and let’s go eat waffles. At first I wanted to respond and say I really need a shower and time to fix my makeup/hair..but then I realized something…I’m a messy bun kinda girl. If my sister and I were going to breakfast at 5am, I would have done just that..thrown my hair up, put a hoodie on and rolled out the door. So that’s exactly what I did :) Put my hair up, pulled on a hoodie and said alright let’s go. There is something wonderful about a guy who lets you be yourself..the girl that likes to dress up and go to fancy restaurants and the girl who loves waffles and eggs at 5am. Breakfast was crazy fun. Really relaxed.. James took me to another hole-in-the-wall place and we laughed and had the best time over syrupy waffles and eggs (waffles are the way to my heart..). We talked until it was time for me to go help my sister move into CSU (she’s a big senior this year!) and I didn’t think anything was amiss. He hugged me, said he couldn’t wait to see me again, kissed me and said he’d call me later that night.

That was five days ago..not a text, not a call, nothing since. So all of these feelings of doubt and insecurity have come sweeping back in. What did I do wrong, how did I mess it up, why am I so stupid when it comes to boys..and the list goes on. It’s hard..hard to realize that someone might not feel the same way about you that you do about them (this girl is in pretty crazy like of this handsome Marine). I was so careful..careful to guard my little heart because it was afraid of this very thing..being trampled on again. I thought maybe this time it would be different. He’s older, more mature, has his life together..but I guess I was wrong…

I’m okay with a guy changing his mind about how he feels about you..but I’d like the courtesy of an acknowledgement about it. Please just politely call a girl and say..hey, these past few weeks have been great, but I don’t think this relationship is something I’d like to pursue. To me that is painful to hear, but I respect a man who shows a woman such  courtesy. Instead of blowing her off like she’s nothing…because I am not nothing…I am something.

These feeling of insecurity have been a battle this week. It’s something I have to work hard at. Being confident, strong and independent take work for me. I never want to be the “victim”..I was one once..and I never want to be in that dark place again…but this feels a whole lot like it…I was talking with my best friend Payden about it the other night..and he said something very profound: “Sounds like he’s not interested.” It hit me like a wall of brick. It hurt..I’ve invested 6 weeks of meaningful, personal conversation and several dates. But I realized I had two choices..I could be devastated about this..which I kind of am…or I can remember that I’ve lived 26 years of my life without this man in it and I was just fine.

Now, if I’m wrong..someone comment back and let me know…But for now, I’ll take 5 days of absolutely no contact as his way of saying: “I’m not interested”. To answer the question of have I shown interest, yes, I have. However, I have been letting James initiate conversation. He’s been texting first, he’s been calling… I want to be pursued..I am not going to chase a man.

On top of dealing with all of these feelings of insecurity, which anger me, everyday I have to make myself look in the mirror (which I hate) and remember that I am a very accomplished 26 yr old female. I graduated from high school early with two diplomas, graduated from college with honors and two diplomas, have traveled the world, speak multiple languages..but at the end of the day…I’m still a lonely little girl hiding from the world between the pages of a book. I’ve been to counseling, I’ve tried joining new groups, making new friends, filling every hour of my day with something…but it still doesn’t take this cloak of loneliness away.

I have all these feelings running through my head and my heart 24/7..it’s like a bad dream you can’t wake up from..and the stress eating away at me. Work has been insane..I’ve felt like I couldn’t breathe all week. I love my job, I couldn’t ask for a better one..but this week it’s been a challenge to pull into work and put on a happy face. I don’t feel happy. I don’t want to act happy. I don’t want people to ask me how I am..because they really don’t care..they don’t. Have you ever noticed that if someone asks you how you are and you say you’re ok..they say that’s good and keep on walking? NO ONE CARES. I’ve sat in my office for five days, working extremely hard to get things done on time, coming in early and leaving late, listening to my music wishing for 5pm to get here faster. For the most part it’s like I live in a bubble for 8+ hours a day. It’s just me and music. There’s no one to eat lunch with because after being rejected invitation after invitation, I just stopped asking people. So I run. A lot. So hard that I can’t feel my legs. For an hour each day..it’s just me and my Nike’s killing pavement. Because it’s the only time I don’t feel alone…I feel alive.

Compound the stress of remodeling a house, packing to move, the whole James thing, loneliness and add graduate school onto it. Grad school has started and I’m loving/hating it all at the same time. I’m thankful I have an amazing best friend going through the program with me. He’s going to be my saving grace and I’m very well going to be his. I love Payden because he’s real. What you see is what you get. He took me to dinner after class Wednesday night so we could work on homework and looked at me. When I asked him why he was looking at me, he said tell me what’s wrong. He’s the only person this week that’s realized something was going on. It was refreshing to just talk. We talked until they kicked us out of the restaurant and then just sat in the parking lot talking and working on homework.

They should call grad school “sleep deprivation for the next two years of your life”. I have no idea how some of the people in my class do this. They have families, little children and full-time jobs. I’m single, have no kids (except a furry one), work full-time, coach and it’s kicking my butt. I fell asleep on my laptop the other night. I haven’t gone to bed until 1 or 2am every night trying to stay caught up on my homework and get ahead. Some nights I feel as if I’m reading Greek..but so far I’ve made all A’s on my assignments. So that’s been a positive this week.

All this to say..I’m having a really bad Friday and don’t want to give it a high five..but I’m going to make myself…here goes..

1 – I’m excited I’m actually finally in the MBA program. That in itself was a pretty big accomplishment for me :)

2 – I’m thankful I finally had one romantic dinner date.

3 – I’m excited that I finally get to move into my house this weekend :)

4 – I’m thankful for a brother that helps his sister paint her new house into the late hours of the night and helps her with accounting homework. One who forgives her when she takes out her anger at life out on him..one who hugs her and tells her she’s got this.

5 – I’m thankful that I have Monday off and can sleep all day if I want to.

So high-five for Friday finally being here :) What are you up to this holiday weekend my lovelies?