This weekend was really busy..so hang on while we scoot through Part 2!

About a week ago one of my best friends in the entire world got engaged! WAHOO! It’s really a funny story..she was kind of mad at us because we all knew he had the ring we just played along that he was taking forever. Robert had bought Teri an anchor necklace with a diamond in it and kind of faked her out. (The necklace is symbolic because her dad gave her mom one just like it!) Robert’s plan was to put the necklace on her then be on one knee when she turned around. He had already opened the ring but in the middle of Robert trying to get the clasp to hook Teri turned around and saw the ring. He stuttered and said this wasn’t how this was supposed to go..Teri’s response..and I quote: “Are you freaking serious right now?”. Robert said: “Yes, Will you marry me?” of course she said yes!

He finally put a ring on it :)

So now we have a ring, a venue, a wedding planning book (because we’re both OCD) and a plan. They just have to agree on a date :)

We headed down to Charleston to celebrate Teri’s younger cousin’s 21st Birthday and look at wedding stuff. It was so much fun! I’ve only been to Charleston a few times before and hadn’t really seen a lot of it. The Spoleto festival was going on as well so it was awesome to catch some of that. 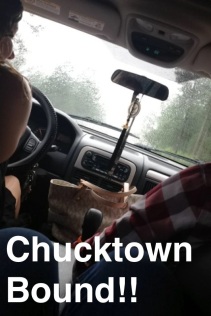 Drove through rain all the way

We found our hotel, checked in and then headed down King street to meet the crew at Kaminsky’s Bakery. It was soooo good! I haven’t been eating a lot of sweets lately but I treated myself to a chocolate chip cookie sundae :) Yum Yum Yum…

We spent the rest of the afternoon shopping our the boutiques. My sister and her boyfriend met up with us for a little while and then we all went out to dinner at King Street Grille. They had quite an impressive menu! I created my own salad..romaine lettuce, black olives, feta, grilled chicken, roasted red peppers and sunflower seeds with a Dijon dressing. My tummy was very happy!

I enjoyed meeting my sister’s boy. I’ve heard a lot about him but hadn’t had the chance to meet him yet. A shame as they’ve been dating for like 8 months or something now. I was very impressed with him. It’s rare to meet at gentleman these days. He was a good balance to her energetic self. (And a vast improvement over the last boyfriend..but somethings she has to learn on her own…)

After dinner we walked around downtown Charleston. Kara, Teri’s sister, went to school there as well as T’s fiancée. Robert’s a Citadel graduate. So I learned a lot about Charleston!

Sunday morning, we headed to AC’s for breakfast. I must say that I’ve been a “waffles and chicken” hater..but I finally decided you can’t bash what you’ve never tried and ordered it for breakfast. I can honestly say I think it’s my new favorite food. 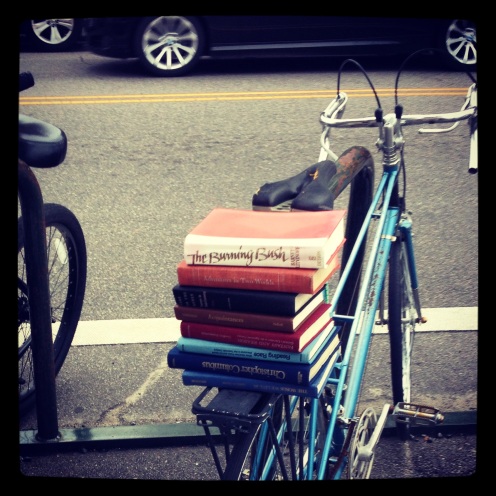 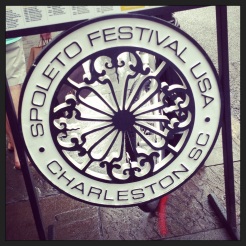 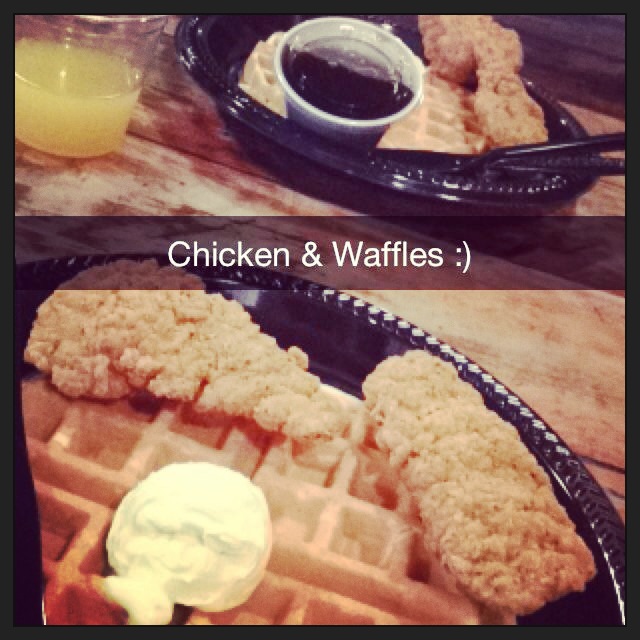 After breakfast, we headed out to look at some venues for the reception. The wedding is going to be in the chapel at the Citadel and I am in love with it. I’ve never been to the Citadel and Robert gave Teri and I the behind the scenes tour. Teri’s mom and dad got married at the gazebo there too so we decided to shot some engagement photos there. We ran into the bookstore to check out their “swag” and came home with new shirts and decals.

That will be us soon!

I rode back home with the MOB :) (For you guys reading this that stands for Mother of the Bride) Mrs. Crunk is like my second mom. She’s super crazy, fun! She runs races with me and I just love her to pieces. She adopted me into their family a few years ago when Teri and I were working together. Mrs. C is the best. We had a blast talking wedding stuff and critiquing her future son-in-laws driving on the way back.

I was super-duper exhausted by the time I finally got home :) But it’s exciting! I can’t wait to watch my best marry her boy :) I’ve been a part of their story from the moment they met, through the awkward first date, to holding her hand while he was away for 6 months with the Guard. I can’t wait to walk down the aisle and watch her rock his world when she comes in.

But! First my behind’s got to get back to a regular routine at the gym! Bridesmaid’s have to be tone :)

And now for the big ANNOUNCEMENT!! The sale of my house was approved yesterday! I’m 9 days away from being a home owner and I can’t tell you how excited I am! I’ve been trying not to get excited because I didn’t want to be soo disappointed if anything fell through. BUT NOW I’M EXCITED!! It’s going to be awesome..and scary..and awesome all at the same time. I think my mom is totally ready for me to move out..I’ve kind of taken over half of her guest room with all of my “stuff” for my new house :) She’ll get over it though..

Anyways! Can’t wait to share more with you as I remodel { RJ is going to have a fun summer break! He just doesn’t know it yet :) } and do some DIY projects in the backyard. Ahhh…finally casa de la Katerina :)

One Blissfully Happy Bridesmaid to Be

Welcome to my blog! The place where my brain settles into it's comfy couch to unload some of it's creativity :) View more posts